Joel Trachtman: The Tools of Argument 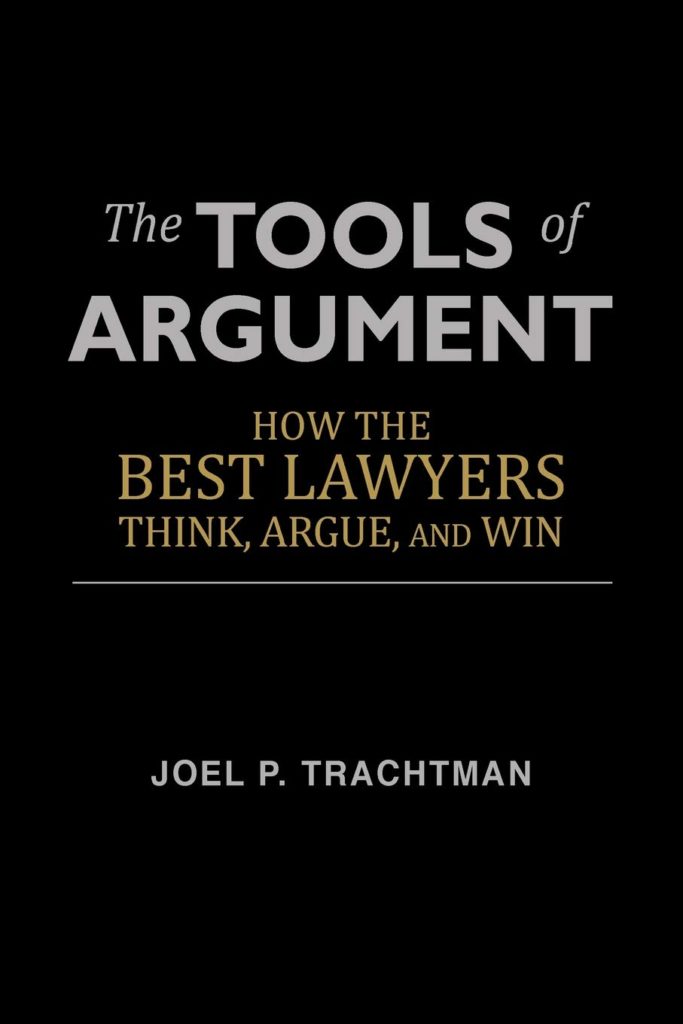 The Tools of Argument is a book about law, written by an American lawyer and intended for the layperson. It’s a good basis in some important concepts and very useful if you need to argue a legal case or draft a contract. This is a synopsis of some of the main chapters.

Chapter 4 : Arguing about the meaning of texts – interpretation

Laws and contracts are written down in texts, but no text can predict all future circumstances, so there will always be an argument about how the rule or contract can be interpreted.

4.2 In contracts we can argue that our intention of a specific wording that we agreed to was different to what our opponent claims – you may have read it like that, but that’s not what my words intended.

For example, the US constitution bans ‘cruel and unusual punishment’, but what was considered cruel and unusual in 1787 is very different to today, so the spirit of the law has evolved to be considered within contemporary moral expectations and cannot be used to justify punishments which were considered ok in the 18th century. Conversely, the ‘right to bear arms’ was written when the only weapons available were muskets, yet is used to justify the civilian possession of modern automatic weapons.

4.3 We can interpret a document according to its ‘original intention’ [note – in the UK this is called the mischief rule]. You may argue that your opponent is mistaken as to the intention, or that the intention is impossible to identify.

4.4 The Parol Evidence Rule says that if there is a contract which is clearly intended to be a formal and final agreement, it cannot be modified informally after, even in writing. This essentially makes it possible to make promises and not keep them.

4.5 Extensional Pruning – we can insist on a narrower interpretation of the words than in common usage, for example when Bill Clinton said he ‘did not have sexual relations…’

4.6 Interpretation vs Construction – it is sometimes necessary to construct parts of contracts to consider circumstances which were not covered in the original. The losing party can argue that they did indeed consider it and would never have agreed to the contract constructed after the fact.

4.7 Interpretation and Morality – it may be that the clear(est) interpretation of the law is contrary to popular morality, opening up the question of the judge’s mandate. In such a case there is an obvious argument to be made by both parties (I am morally right / I am legally right).

4.8 Effet Utile – it is assumed that every clause and word is there for a reason. It is not possible to argue an interpretation of a clause that makes it meaningless, or it would never have been included. A ‘limited exception’ is assumed to be a narrower exception than a simple exception. One can argue the contrary by simply saying the wording was not well drafted.

4.9 Absurdity – we can argue that an interpretation renders an outcome absurd and is therefore incorrect. We can counterargue that it should be interpreted as written, even if that renders the outcome absurd.

4.10 Lex Specialis – it is generally assumed in law that a more specific clause trumps a more general one. However we can counterargue that this was not the intent of the author, and that the more general principle should hold, being a broader principle.

4.11 Expressio Unius / Ejusdem Generis – the giving of examples may preclude anything not contained in the example. A child who is told they may only have so much time on electronic devices such as their games console and TV, and who responds by playing on their phone instead, is taking advantage of expressio unius. In law, the use of ‘i.e.’ allows a contrary expressio unius argument, whereas the use of ‘e.g.’ does not.

4.12 Clear Statement Rules – if the rule or wording is not clear, it should be interpreted in the way that is adverse to the party that drafted it. This includes in criminal law and legislature.

4.13 Reductio Ad Absurdium [the thin end of the wedge] – argue that while a particular interpretation might appear make sense in this case, applying the same principle in other cases would result in disaster and illogical conclusions, therefore it should not be applied in this case for the precedent it would set. The contrary argument is that this case is only this case, and you do not intend it to be used in other circumstances.

5.1 – Laws are often not drafted to be complete before used (ex ante) but will be fleshed out and made more rigid as they are interpreted in different scenarios (ex post).

5.3 Rationes Decidendi – the ratio decidendi means the way a case was decided – the rule of decision. This is highly contestable in precedent. In murder if A + B + C = murder, where A is intent to kill, B is actions that could result in death and C is death, going through past cases and identifying exactly the elements which constitute precedent applicable in this particular case, and where differences would cause precedent not to apply, is very thorny.

5.4 Obiter Dictum : Anything that does not form part of the reasoning of the ratio decidendi is obiter dictum – incidental remarks or ‘cheap talk’. Obiter dictum is not relevant when deciding on precedent.

5.6 Breaking Precedent : we can argue that precedent is no longer valid and we should find an innovative new precedent. An example is when schools segregated on race were no longer considered ‘fair’.

5.7 Passive virtues : A judge might avoid deciding something if it could result in a negative public policy outcome, awkward precedent, fixing something that ain’t broke, or a cure worse than the disease. [reminding us that we don’t have to answer every charge against us, we can parry, fudge and obfuscate like politicians do.]

5.8 Specificity and Delegation : Some sets of rules are specific and exhaustive, some are more guidelines, which require delegation to the arbiter. We can argue that the arbiter has overstepped their jurisdiction in their interpretation of the rules.

5.9 Footnotes : If we give away our working and reasoning we allow it to be attacked. If we don’t we allow our authority to be challenged.

Facts are facts, the lawyer cannot change them. He tries to control the way they are presented and how the law is subjectively applied to them.

6.2 Evidence and Missing Links : It is the lawyer’s job to find reasons to question the authenticity of evidence and to find missing links between pieces of evidence and the narrative of the other side. This may be circumstantial, so the lawyer is not challenging the opponent’s explanation but simply offering another, equally plausible one.

6.3 Causation of harm and negligence : It is difficult to set a threshold on when someone can be held responsible if there are other factors involved. Necessary causation is referred to as ‘but for’ causation, meaning that but for one party’s actions the damage or crime would not have happened.

6.4 Brandeis Brief and Scientific Experts : Statistical evidence shows correlation not causation and is as such circumstantial, but can still give proof beyond reasonable doubt.

6.5 Quality of Evidence : Aim to use primary sources of evidence. Secondary sources may allow the opponent to suggest that if your conclusion was correct then you could easily have produced better evidence.

6.6 Exclusion of Evidence : Some forms of evidence may be excluded because they are easy to fake. In criminal law forms of evidence like illegal surveillance are not admissible in order to prevent cops doing it in the first place.

6.7 Estoppel : Estoppel means that an argument is blocked and not allowed to be used. For example, evidence produced by one side may not be withdrawn if it turns out to be more useful to the other side. Estoppel also exists in most of our daily civil law matters (you have 14 days to return an item, you have 30 days to dispute an invoice, etc.)

6.8 Presumptions – Shifting the Burden of Proof : Similar to causation, deciding who has the responsibility to defend themselves. [ A better example than the one in the book, a child hurts itself on a defective item after getting into the office of the nursery. Should the manufacturer of the item or the staff of the nursery to defend themselves against the claim of responsibility. 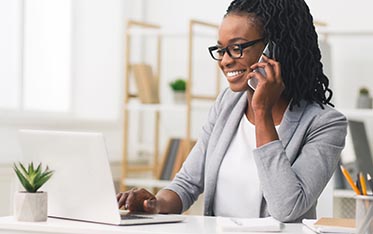 Looking for a Web Developer?

We hope you found this post useful. We're here to help with all your web requirements, from quick tweaks through to complete websites and bespoke web platforms. Speak to us today and let's start making the web work for you.